Coming from sub-tropical Geraldton I grew up in the ocean. Surf mats, foamies, car tubes, snorkelling, swimming, body surfing – if it happened in the ocean I was up for it. My first glass board was a Cordingley 7’ single fin and my second was a Murray Smith 5’10” twin fin which I still have. I never really took surfing seriously as such, it was just another fun thing to do in the water, but I always did it. It was meeting a serious surfer at uni which introduced me to the importance of the right equipment for me and the waves I was surfing. Around this time I met a Busso girl who would become my future wife. She took me for my first down south surf to 6’ Cobblestones. Her friend we went with was amazed the Gero boy could actually surf apparently. The combination of midnight raids mid-week with my frothy mate during gaps at uni, and my beautiful new girlfriend visiting home, meant I was surfing the biggest and best waves of my life and my equipment needed a serious look. I was surfing every chance I got. A serious passion for the ocean had morphed into an equally passionate obsession with surfing and surfboards.

This was 1996. Slater was ruling the world on rockered up wafers and that was the type of board everyone was on. I don’t know why, but I instinctively knew these boards weren’t for me. I have always liked a little more foam and length than the average surfer. My first custom board was a remake by Tom Hoye of the 5’10” twinnie. It was my secret weapon for many years until everyone else caught onto the shorter, wider, thicker thing. After that I got interested in design and over the next few years I had 7 boards with the same dimensions (6’6”x18 3/4”x2 5/8” tail 13 ¾” 11” nose), but different bottoms. I tried vee, reverse vee, single into double concave, flat bits, chines, hydro hull bottoms, channels. I played with a bazillion fins. It was a steep learning curve of what does what and when on what type of wave.

I first met Mark Ogram on a miserable wet and windy day at Castles. An 11 year old Zak Ogram and I were the only two people in the water – yep, it was that good. A few years later I was in Yahoo and looking at a 7’6” Balsa single fin. When I enquired about the price, Oggy told me it wasn’t for sale and it was too big for me anyway. I walked out having ordered the third of those 6’6” thrusters. It was the start of a long and regular line of customs from Oggy. Over the years I have finished up getting three single fins off Mark, so I am not too distraught he wouldn’t sell me that balsa board. It was a couple of years after that first custom when the shop was still in Clark Street that I started asking for a job. I have always thought living life by following your passions was a solid step to happiness. Eventually I wore Oggy down and now here I am – a thirteen year old in a lolly shop – and loving being part of the Yahoo Family where people come first. 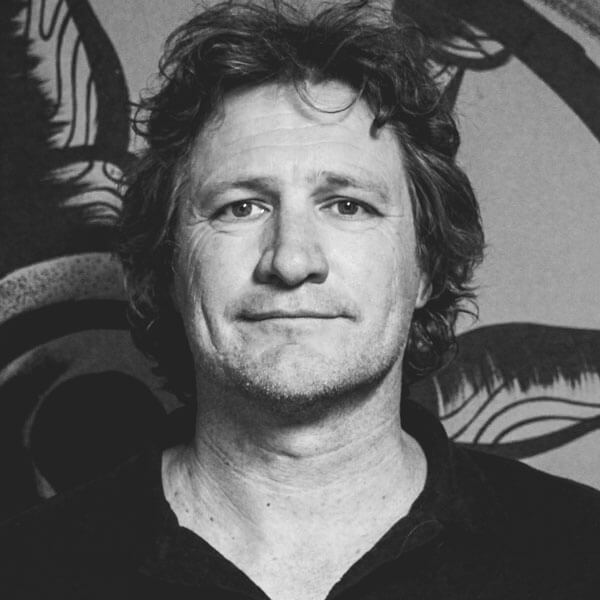